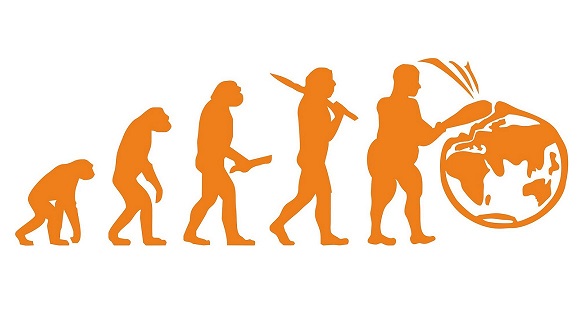 Man in the rudest state in which he now exists is the most dominant animal that has ever appeared on this earth. He has spread more widely than any other highly organized form: and all others have yielded before him. These several inventions, by which man in the rudest state has become so pre-eminent, are the direct results of the development of his powers of observation, memory, curiosity, imagination, and reason. –  Charles Darwin, “The Descent of Man”.

In the spring of 2015 I came across the Living Planet Report published by the WWF which is a world’s leading, science-based analysis on the health of our planet and the impact of human activity. Though we all understand increased human activity has created an adverse situation for the livelihood of wildlife, I was much surprised to find that according to that report the vertebrate populations of the world have declined by an average of 52% between 1970 and 2010! (based on trends in 10,380 populations of 3,038 mammal, bird, reptile, amphibian and fish species). If things go on like this we might see the extinction of many animals species in the wild during our lifetime. This has both an economic and social impact for our planet. The livelihood of the poorest people in Africa and elsewhere is also affected. Human activity is a major contributor to this problem and many of us acknowledge this and are actively working on solutions to a sustainable planet.

People do a lot of research, work on conservation efforts and projects across the globe. I wanted to see in detail what those projects are, but I couldn’t find a single source of information that indexed the projects and the datasets and research material that were produced by the projects. I could fill the gap by this new classification platform and index,classify the research and wildlife conservation projects and wildlife research datasets.  Carolus Linnaeus,the Swedish botanist regarded as the father of taxonomy, developed a system known as the Linnaean classification.This categorization of organisms was his magnum opus named as Systema Naturae (System of nature in english). I named the new classification project as Systema naturae.

Wildlife Projects
Wildlife Research Projects are carried out around the world. Some happen in the wild, some in universities and research centers. We will showcase these Projects so that users can find these projects. Connecting Projects with people that support those causes will create awareness about the amazing work people do in conserving wildlife. You can submit a wildlife research and conservation project if you know one.
Wildlife DataSets
Wildlife Research Projects produces DataSets. These DataSets most of the times is publicly available but they are not available for easy access. We will showcase these DataSets so that users can get access. Connecting DataSets with researchers, students and others who might need access to it will help them understand the underlying research. You can submit a wildlife research dataset if you know one.

Human population is growing, we destroy forests for our benefits and destroy wildlife habitat . We have a moral obligation with our powers of Observation, Memory, Curiosity, Imagination, and Reason not to outsmart other species on this beautiful earth but to find ways to coexist with them peacefully. My vision with Systema Naturae  is a world where animals and plants of all species co-exist in a peaceful way.